Snub-nosed dogs do not fly by plane 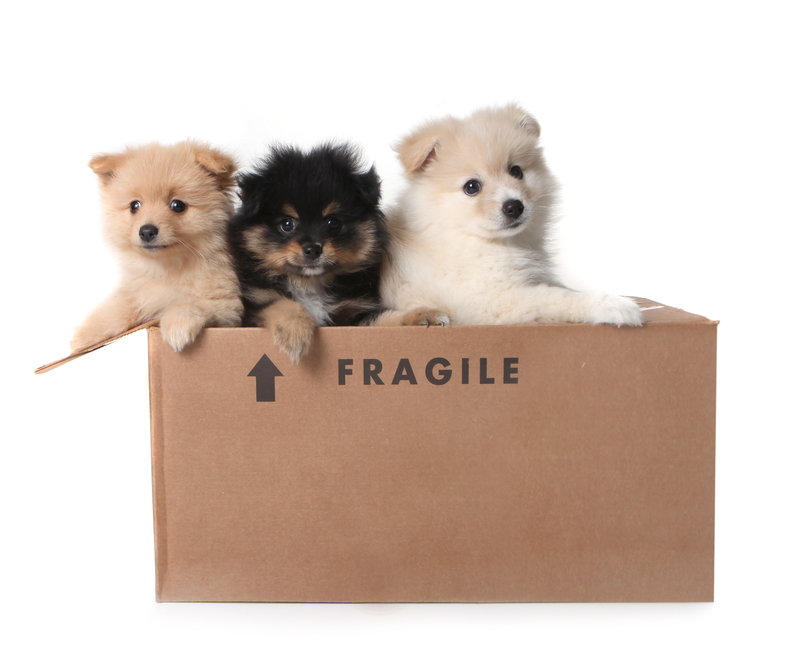 Everyone knows at least one story about a courier unpacking a package emitting disturbing noises and finding … (please insert the name of the animal, exotic and venomous ones are preferred). Still, such instances of thoughtlessness and cruelty occur. However, at the same time, pet transport services of mainly dogs and cats, but also hamsters, parakeets and other domesticated animals are more and more popular. How to ship your pet? Preferably by plane.

It is always a better option to ship a dog or cat by plane than by road, even over relatively short distances, of course, if it is possible. The latter usually lasts longer and is therefore very stressful for pets.

No low fares for a flight with your dog

Most large airlines offer the possibility of transporting pets. The carriers may or may not offer to transport different types and they specify which kind of animals are allowed on board. Normally, dogs and cats, although, for example, ferrets and polecat-ferrets also occur.

Most low-cost airlines do not generally permit live animals on board unless they are guide dogs for the blind. Some carriers allow small animals to fly, but only on domestic routes.

A small one into the cabin, a large one with luggage

Small animals fly much more comfortably: a lockable cage is enough. However, actually, it is not that simple. First, you have to check the carrier’s limits on the maximum weight of a cage with an animal (usually it is about 8-10 kg) and on the cage dimensions. Check out the full details on flying with pets as each carrier has its own guidelines.

If your animal or its cage is too big to travel in the cabin, it may be permitted to fly in the cargo hold. The conditions there (temperature, air pressure) during the flight are similar to those in the passenger cabin, so there is nothing to fear. However, separation from the owner may result in much more stress for the animal. The last option is cargo, which means an animal is like baggage which travels alone, on a different plane than its owner. However,  still the conditions are exactly the same as when travelling in the hold of a passenger plane. Cargo, although more expensive, is associated with more restrictions and formalities and unfortunately, it is more stressful for an animal that remains alone or under the care of strangers for a long time.

Passports for dogs and cats

Dogs, cats and even ferrets – all animals crossing the state border must have a passport. In most cases, they should be compulsorily vaccinated against rabies before departure.

Your pet should also be microchipped. This electronic identifier implanted under the skin does not allow location tracking of the animal, but it allows the positive identification of the pet thanks to the microchip’s unique ID number. Registering the ID number in database of some companies (for example in Poland https://www.safe-animal.eu/) may help the animal to find its way back home when lost, as contact details of the owner are available.

Formalities and vaccinations cannot be arranged immediately prior to travel, which is why travelling in the company of an animal or sending it by plane should be planned several weeks in advance.

Disqualification for a “black” character and a flat face

The terms of service of airlines often contain a caveat that fighting dog breeds and snub-nosed animals are not allowed to fly. Some breeds are considered aggressive regardless of the actual character of a given dog. So you’d better check which breeds the carrier does not permit on board.

The same applies to brachycephaly, or having short broad head. Flat-faced dogs, such as: pug, pekingese, English bulldog and Persian cat are animals which may not be so welcome on some airlines. Although this restriction is usually not clearly explained, they try to avoid having on board animals which may have breathing problems and other ailments due to stress and air pressure fluctuations.

Do you really want to take your dog with you?

The key to flying with your dog is preparation. If you are flying internationally, make sure you know the quarantine requirements of the destination country. It may turn out that it takes as much as 6 months which is a lot longer than most people have for their holiday!

Will Mohammed come to the mountain or parcel to the customer?

A mail bomb. Which bombs can be sent by courier?

Bad trip after having colourful jelly beans, or what to do if your package was damaged or lost?

How to ship musical instruments by courier?

How to ship furniture by courier?