We hate air at IKEA! The world’s best packaging system 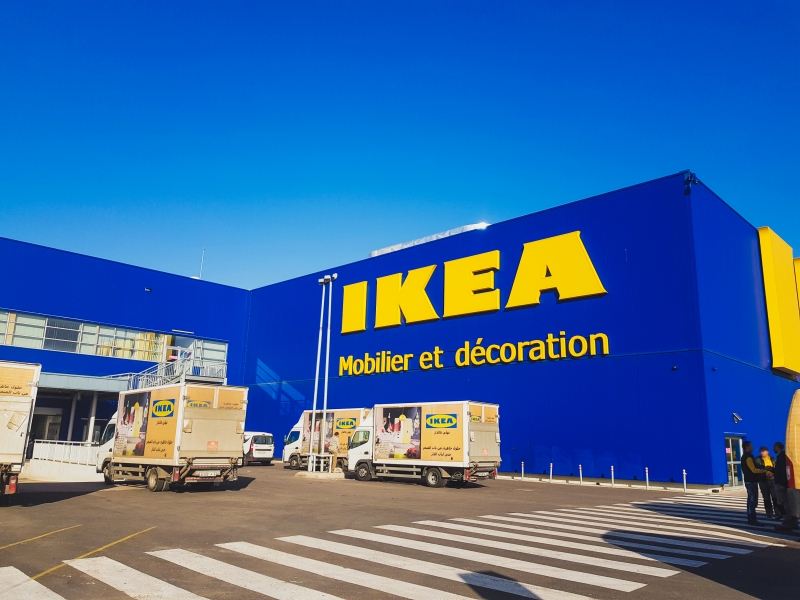 Once upon a time, specifically in 1956, in not too distant Sweden, a man bought a table in the store that he worked in. He could not fit the table into the boot of his car, so, being a stubborn man, he took off its legs. The following day he shared his table story at work. Shortly , IKEA started packing and sending its furniture in flat-packed cardboard boxes. It resulted in millions of savings on the transport costs and – with competitors pulling out every last hair on their heads – led to significantly reduced prices, that have already been low before the change. IKEA has become the “ready-to-assemble furniture” global giant thanks to the packaging system, which has been undergoing continuous improvement for several decades under the company’s motto: “We hate air”.

The table with detachable legs was called Lövet. First sold in 1955, it soon became the first piece of self-assembly furniture in the IKEA range.

The company took a huge risk as customers could have laughed at the idea of in-home assembly by themselves. But it turned out that customers tried it and liked it – today we talk about “the IKEA generation”. So the snowball has become an avalanche in self-assembly furniture, and the packaging system has been a key factor in IKEA’s business success.

A chair for 1.2 million euros

The packaging optimisation process has been continuing at IKEA for several decades. And it keeps bringing the company more spectacular successes. A good example is the redesign of the Ektorp series of sofas in 2010 in order to cut the sofa package size in half. It resulted in a decrease in the number of the delivery truck loads by almost 8,000 during one year, and consequently in savings of millions of euros.

A similar effect resulted from the redesign of the Jules swivel chair. This time IKEA saved 1.2 million euros per year.

What can not be reduced can be hollowed out

Optimisation of delivery costs is not only about maximising the reduction in the size of packages and the avoidance of the costly transport of air. A second factor you can influence is the weight of the load.

When you can no longer reduce the size, you can always “lose” weight of the furniture. How? In a similar way as the mass of racing cars is decreased. We can remove all unnecessary elements and hollow out the solid elements. The form stays just the same while the weight drops. This is how the Bjursta series of tables was “tuned” by replacing solid wooden legs with hollowed out ones which, thanks to the reduced weight, decreased the costs of materials, and finally the price by 100 euros.

In turn, the Textur lamp has experienced a record reduction in the number of its components – from originally 33 elements to 9 as of today. The result  is impressive: reducing the weight by nearly 30% allowed them to fit 128 lamps on one pallet, compared to 80 lamps before. The simple operation resulted in such significant savings, that the company was able to reduce the price by 34%. No more comment needed.

Packaging starts in the design studio

If you only need to unscrew something or hollow it out, or reduce the number of components to be so successful, why isn’t everyone else is doing it? It is the packaging system that affects all other processes in the company which is at the heart of the spectacular IKEA success story.

If you want efficient and optimal packaging of the item, you should start focusing on it at an early stage –  long before the item has been produced. It is at the early design phase that you should consider and agree upon all the furniture dimensions (in the context of its packaging and cargo space in trucks) which are first and foremost to meet the customers’ need.  And of course, you have to ensure that the furniture is cheap, solid and attractively designed.

With that goal in mind, IKEA designers collaborate with factory engineers. They also use software that evaluates the future packaging performance of the dimensions and shapes of the item being designed. In such a way, the common area of creativity, technical capabilities and the rigorous focus on packaging optimisation has been founded where additional efficiencies can be uncovered. This common area is the “birthplace” of IKEA hits such as the Billy bookcase which has sold over 50 million examples since its launch in 1979.

Berserk in a furniture store

They admit at IKEA that some of their attempts to optimise the construction (dimensions and weight) of some furniture have failed as you cannot cheat the laws of physics. However, they use the lessons learned during those unsuccessful projects to keep a balance between the pressure to optimise the packaging and the functional parameters of the furniture.

Legendary Nordic warriors used to drive themselves into outrageous warlike fervour called berserk. They then gained superhuman strength and became unbeatable. IKEA managers seem to use the similar passion while “fighting with air”. And they have kept on winning for over half a century.

Parcel like a boomerang. Why can an undelivered parcel come back to the sender?

E-commerce fulfilment, i.e. no more managing your own dispatch