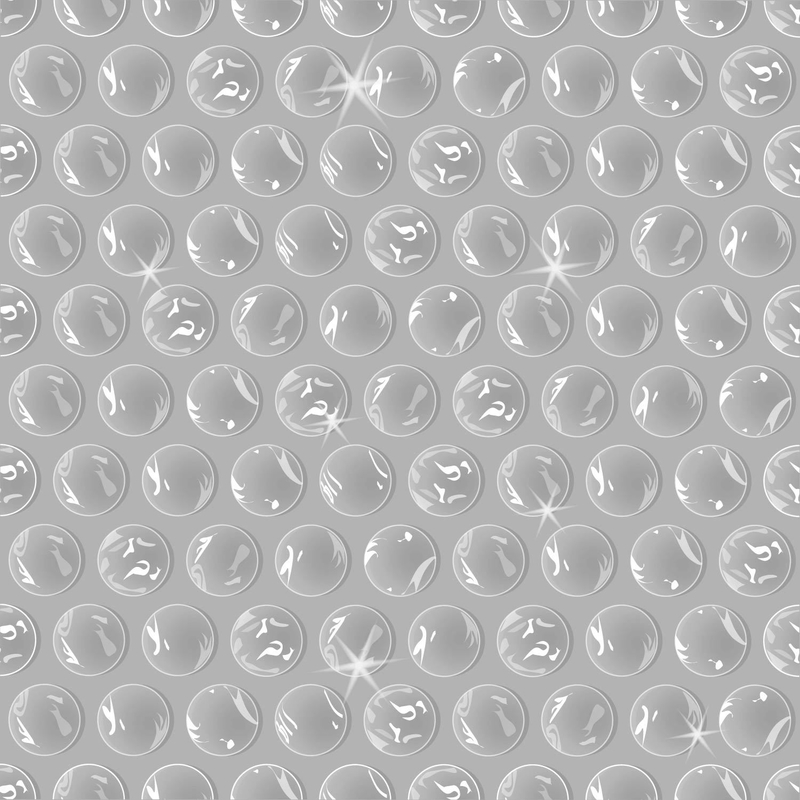 Bubble wrap has its special day: Bubble Wrap Appreciation Day is celebrated (https://www.youtube.com/watch?v=IXFfkIxkM_A) on the last Monday of January in a witty way. It has been used in huge quantities for the last 60 years – this is the most universal packaging material. And also one of the least eco-friendly ones. That is why the European Union decided to say a firm NO to it. From 2021, the use of disposable plastic, including bubble wrap, will be banned. What will replace the bubbles?

However, the EU is not the whole world, which means that bubbles can last for another 60 years. And for sure it will not end in 2021. Meanwhile, everyone has a chance to get into the Guinness Book of Records: the current record is 71 bubbles popped in 15 seconds.

Failure as a source of success

Bubble wrap was invented by two men who were attempting to create a 3D plastic wallpaper. Although the attempt was a failure as the wallpaper did not meet the quality requirements and went into the trash, the American Alfred Fielding and the Swede Marc Chavannes found out later that their product could be used in a different way.

Despite the failure, the foil was one of the inventions of its age, but no one knew about it then. And it maybe would have stayed unknown, if it hadn’t been for IBM. The startup computer company at the time needed an easy-to-use material to pack its products which were sensitive to shocks and mechanical damage. So IBM became the first customer of Sealed Air, the company founded by Fielding and Chavannes. Currently, the company’s revenue exceeds four billion dollars a year.

Everywhere you turn, everyone is fighting against plastic. Both traditional and e-commerce stores issue report after report on how their achievements in this fight have become a part of their business. Zero waste ideology is no longer a matter of choice. It has become necessary to maintain or gain market share.

Young people nowadays are rarely interested in politics. They often choose not to vote in elections. They don’t read much and they cannot take their eyes off their screens. Nevertheless, still some topics may kick them into action. One of them is eco-friendly living. As teenagers and people in their 20’s are a large customer group, they will soon decide on the development directions of international corporations. Large corporations will have to take into consideration the eco-friendly attitude of this large group of customers. They will also have to adjust to changes in general environmental awareness.

Still the question remains: how to replace bubbles which are beloved not only by sellers, but also by customers who use them mainly as an excellent method of stress relief.

Currently, there is no substitute for bubble wrap that can match its parameters, in particular strength and resistance to mechanical damage and weather conditions.

Therefore, the best alternative to bubble wrap is bubble wrap, however a more eco-friendly form which is made from recycled materials or based on biodegradable raw materials.

A good alternative may also be properly crafted paper made of recycled waste paper or corrugated cardboard boxes: properly crumpled or cut in such a way that after stretching it forms a spatial mesh. Of course, as seems obvious, corrugated bubble wrap has appeared on the market .

Eco-friendly activities in Europe are extremely important. However, a real breakthrough in the usage of bubbles can only happen when some changes occur in the very place where bubbles, this popping antidepressant, were invented.

Snub-nosed dogs do not fly by plane

A long thing, or a short guide on long parcels